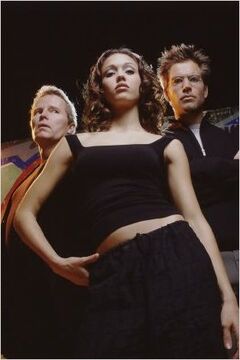 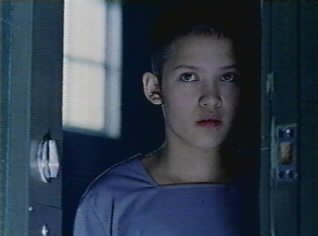 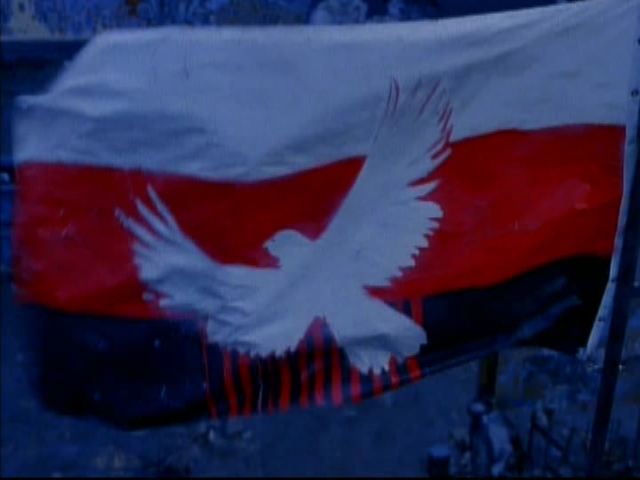 IMPORTANT NOTICE: Dark Angel Wiki, is NOT in anyway, shape, or form affiliated with FOX, James Cameron, Charles H. Eglee, or Lions Gate Studios.
Copyrights and trademarks for the books, episodes, and other promotional materials are held by their respective owners and their use is allowed under the fair use clause of the Copyright Law.

CAUTION: This wiki contains spoilers from Dark Angel, if you have not seen or finished it yet.

Welcome to Dark Angel Wiki, a community fansite dedicated to the TV show Dark Angel, created by James Cameron and Charles H. Eglee. The show premiered in the United States on the Fox network on October 3, 2000, and was canceled after two seasons. Set in a post-apocalyptic Seattle, the show chronicles the life of Max Guevara (X5-452), a genetically enhanced super-soldier, who, after escaping from a covert government biotech/military facility as a child, tries to lead some semblance of a normal life and constantly tries to elude capture by government agents, while searching for her genetically-enhanced brothers and sisters scattered in the aftermath of their escape.

The program is set in Seattle, Washington, and was filmed in Vancouver, British Columbia, at Lions Gate Studios.

Logan Cale is the computer genius. He helps Max find the other transgenics and in return she helps him save the world. Logan is in a wheelchair because he was shot while protecting some witnesses. Luckily, he survived, but he was paralysed from the waist down. Logan Cale is played by Michael Weatherly who is currently playing Dr Jason Bull on the CBS Drama "Bull". 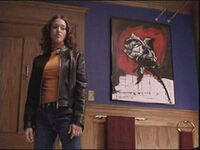 Pilot As a child, Max was part of a highly classified genetic enhancement project. She and several other children were trained in a deeply secluded compound to use their superhuman powers. At a young age, Max and several others escaped the compound and made their way in the world. Now, 10 years later in 2019, a beautiful young bike messenger and thief, Max is trying to find her lost "siblings" from the project. At the same time, Max is trying to dodge capture from her former handlers led by Lydecker. Max is aided in her quest by Logan Cale, an idealistic cyber-journalist. Logan has his own crusade -- taking on the ruthless Power-Brokers of the new millennium. Though initially resistant to Logan's attempts to enlist her in his crusade, Max ultimately brings her unique abilities to his cause. Catch Up Here! 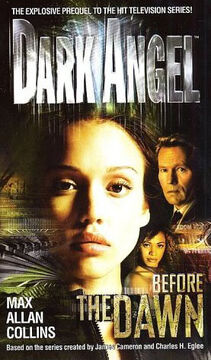 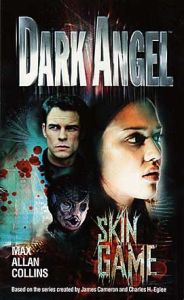 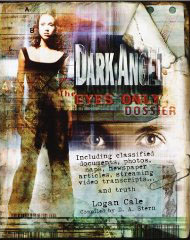 The Eyes Only Dossier

Community content is available under CC-BY-SA unless otherwise noted.
Advertisement